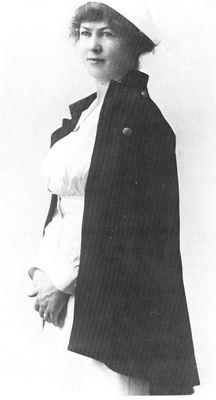 Anna M. McMullen was one of thirty-six Allentown Hospital nurses who enlisted for war duty in 1918 with the United States Army Nursing Corps during World War I. She was the only one who died during the war, and also the only woman from Lehigh County who died in the service.

A plaque in the lobby of Allentown Hospital School of Nursing reads: "In Loving Memory of Anna Marie McMullen. Died in France Oct. 6, 1918. She was in the graduating class of 1915.

COPYRIGHT INFORMATION: When using this image, the credit information should be in the following format: Image courtesy of Lehigh Valley Health Network