First Officers of the Women's Auxiliary 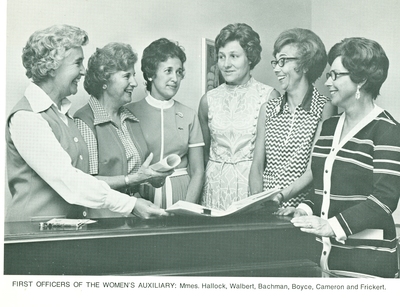 New officers, from left to right are

This photograph is found in a brochure that began to be circulated around September of 1972.

COPYRIGHT INFORMATION ~ When using this image, the credit information should be in the following format: Image courtesy of Lehigh Valley Health Network.

This document is currently not available here.