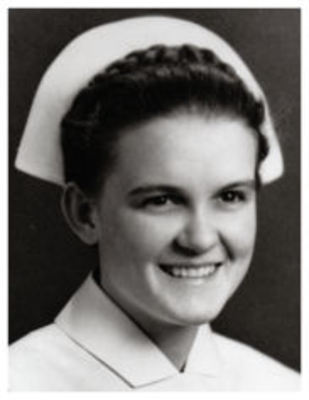 Anna Mae Violet McCabe enrolled in 1939 at the Allentown School of Nursing, from which she graduated in 1941.

Anna Mae Violet McCabe Hays was an American Military Officer who served as the 13th chief of the U.S. Army Nurse Corps. She was the first woman in the U.S. Forces to be promoted to a General Officer rank; in 1970, she was promoted to the rank of Brigadier General. She died at the age of 97 in January 7, 2018.

COPYRIGHT INFORMATION: When using this image, the credit information should be in the following format: Image courtesy of Lehigh Valley Health Network